Home > News > The Future of Health and Safety in Europe

The Future of Health and Safety in Europe

Conference: The future of health and safety in Europe

30 years after the EU Framework Directive on health and safety at work, what’s the way forward?

Thirty years ago, on 12 June 1989, the European Union adopted the Framework Directive on health and safety at work, taking up many of the major demands voiced by the trade union movement over the previous two decades. From the end of the 1960s onwards, health and safety issues had been at the centre of social conflict, highlighting workers’ needs to increase control over work organization in order to protect their health. In these struggles, convergences emerged between the trade union movement and the very critical research world, resulting in a strong link between collective action and knowledge production.

Thirty years later, what is the state of play regarding occupational health in Europe? What are the prospects for development in the face of an ever-increasing pace of change in the world of labour and with the future of the European Union marked by uncertainties? What links can be forged between collective action and knowledge? What role does expert knowledge play? These questions will be at the heart of this two-day conference held in Brussels by the European Trade Union Institute.

Simultaneous interpretation will be provided into and from English, French and Spanish.

Registration is free of charge but mandatory due to the limited availability of seats.

The draft agenda will be published on this page later. 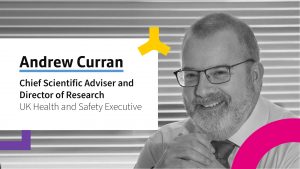 HSE’s Andrew Curran speaks at ‘The Future of Global Safety’

Professor Andrew Curran from PEROSH member HSE, will be speaking at ‘The Future of Global Safety’, Lloyd’s Register Foundation’s…

On 19-22 September 2021, Canada will organize the 22nd meeting of the World Congress on Safety and Health at… 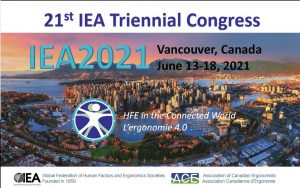 Subscribe for the newsletter and stay up-to-date
We use cookies to ensure that we give you the best experience on our website. If you continue to use this site we will assume that you are happy with it.I understand