The high expectations were met and our network got a boost when several young researchers from NFA returned from the second PEROSH Research Exchange Meeting at the Institut für Arbeitsschutz der DGUV (IFA) in Germany.
Written by Camilla Sandal Sejbaek, PhD, postdoc at NFA
Research is most successful when it is shared with other researchers, for challenge and discussion of study design, interpretation of results, and handling of bias. Among other things, this is what we use our network for – to make our work even better.
As a new researcher within the field of working environment I have not yet succeeded in establishing a large network within my research area. I was therefore particularly happy to participate in the 2nd PEROSH Research Exchange Meeting at the Institut für Arbeitsschutz der DGUV in Sankt Augustin in Germany. It is a useful forum which allows me to meet other European researchers from Europe with whom I share the same interest – namely to foster a better working environment!
I was very excited about going, as I had not participated in a meeting like this before. I hoped to meet other researchers who shared my interest in reproductive health related to working conditions and to find possible collaborators for future studies.
[/column]

This is my 2nd year as a postdoc at NFA on the project ‘With Mother at Work’. The project examines the risk factors that women are exposed to at work during pregnancy and how these risk factors may interact to affect the child’s growth and development during pregnancy and later in life, as well as the women’s absence from work. I received my PhD from the Department of Public Health/University of Copenhagen. 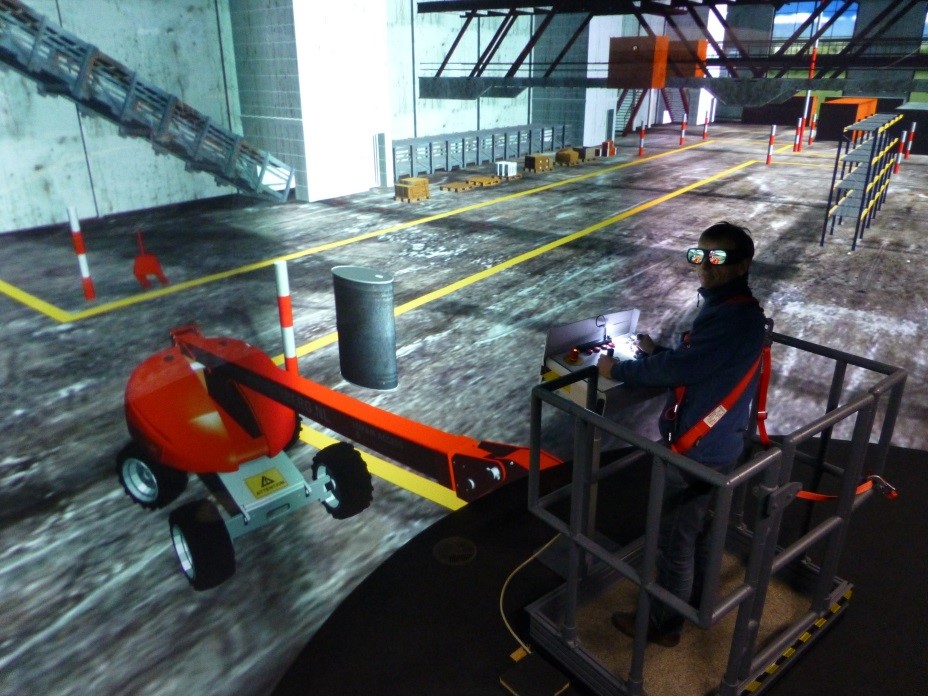 A Mecca of laboratories
The meeting took place at the Institut für Arbeitsschutz (IFA) which works on research and development. After a short welcome, we were divided into smaller groups in which we visited some of IFA’s many well-equipped laboratories. We visited several of these, such as: a soundproof room for testing of earmuffs and for investigation of the potential health damage during the use of ultrasound.
The institute also had a room where lifting and awkward physical working postures and movements were measured by electrodes that are mounted on a special lab technician outfit. On a monitor, the movements of the test person could be followed simultaneously with visualization of the musculoskeletal strain during different work postures.
We experienced their 3D simulator, where we tried to “drive” a tow truck by using 3D glasses. One of the purposes with the simulator was to examine, what may lead to accidents and nearby accidents, and to examine the possibilities and solutions in relation to behaviour and safety
The professional competences were challenged
On day 2 several researchers presented their research projects and methods, for discussions and further development of ideas. We were divided into groups, and it was primarily researchers early in their career who presented their research. We presented four different research projects from NFA:
• An ongoing project on prevention of accidents in connection with lifting and moving of patients.
• An ongoing project on sedentary work, physical activity and pain in muscles and joints among blue-collar workers.
• An ongoing project on the use of Selective Optimisation with Compensation strategies (SOC) to obtain a better and longer working life.
• The results from a study on the risk of low birthweight in pregnant women exposed to both occupational lifting and psychosocial job strain.

Lots of earned experience
There were many interesting discussions throughout the day, and we received a lot of qualified feedback on our presentations. Moreover, our different backgrounds were a big advantage which definitely will contribute to improve our research. 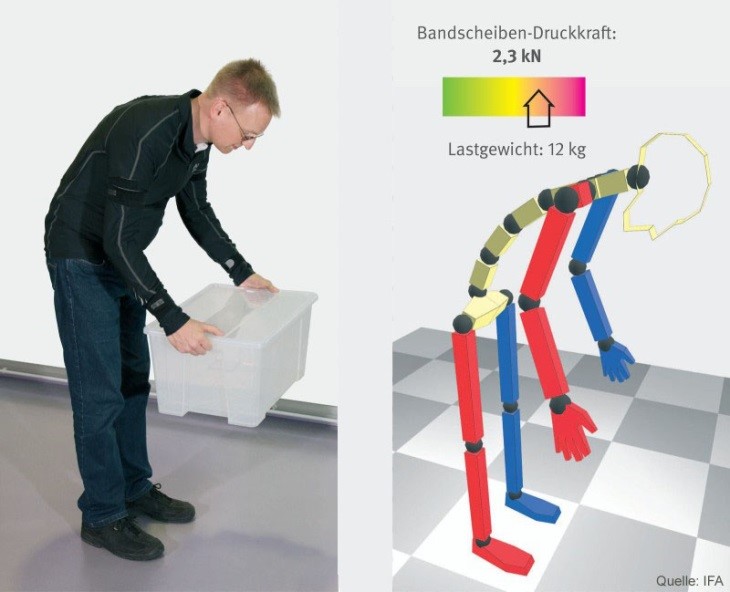 We were deeply impressed by the many possibilities which IFA’s researchers have to test almost anything in their laboratories. However, laboratories also have their limits; for instance, how do we investigate what makes people change their behaviour at the workplace. Who knows – maybe this research exchange meeting has inspired new research projects which can combine laboratory tests with social science in new ways.
In addition, the meeting gave younger researchers, like us, the possibility to meet colleagues from other working environment institutes in Europe, make new contacts and, thus, the possibility to slowly establish networks that might lead to future collaborations.
So thank you so much for the trip!

This contribution is written with input from my colleague postdoc Annette Meng, who also participated at the PEROSH Research Exchange Meeting.