STAMI will organise a conference on nano and ultrafine particulate matter next year in Norway (3-6 June 2019). The conference is also in our event calendar on the PEROSH website.

Below you can find a contribution on this topic from Balazs Berlinger. He is a research associate professor at the National Institute of Occupational Health in Oslo (2008-present), previously working at the Hungarian Institute of Occupational Health in Budapest, Hungary (2003-2008). Until now, he authored 26 publications including one chapter of a book. His main research interests are occupational exposures to workplace aerosols, biological monitoring of inorganic substances and workplace aerosol characterization.

Nanoparticles are particles with lengths from 1 to 100 nm in two or three dimensions. The number of consumer products containing nanomaterials (often in form of nanoparticles) is increasing rapidly. In 2005, there were reported only 54 such products, while in 2015 that number was over 1800 different products.

Ultrafine particles derived from combustion sources are heterogeneous in size as well as in physical and chemical properties, and most often exist in agglomerated form. Whereas, engineered nanoparticles have a relatively homogeneous composition and size compared to ultrafine particles.

There are many published studies that have investigated the toxicity of engineered nanoparticles in vivo and in vitro. At the same time, such studies with ultrafine particles are almost completely missing. There is also a lack of research data on the association between exposure to ultrafine particles and health outcomes. Exposure to engineered nanoparticles has been investigated in a limited number of studies that have found relatively low concentrations of nanoparticles in the workplace air. No clear evidence that these concentrations can cause any detectable health effects in workers has been found.

Before performing further research on nanoparticles in the field of environmental and occupational health there are several issues that should be raised and/or clarified.

There is, of course, the obvious need for experts who are dealing with nano and ultrafine particulate matter to come together and exchange ideas and knowledge in order to set the best way to obtain relevant research results and practical use. Be them biologists, toxicologist, chemist, physicians and/or occupational hygienists.

In addressing this, there are several questions to address. For example, to what extent can knowledge on the toxicity of engineered nanoparticles be used in the evaluation of the toxicity of ultrafine particles? Or, for example, is it possible to discuss engineered nanoparticles and ultrafine particles together, or should one define a clear difference between them?

Main source for the scientific facts: 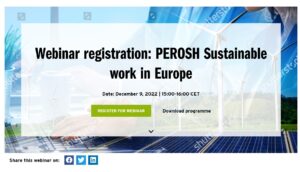 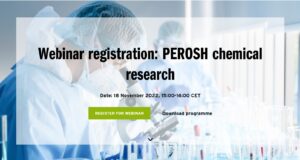